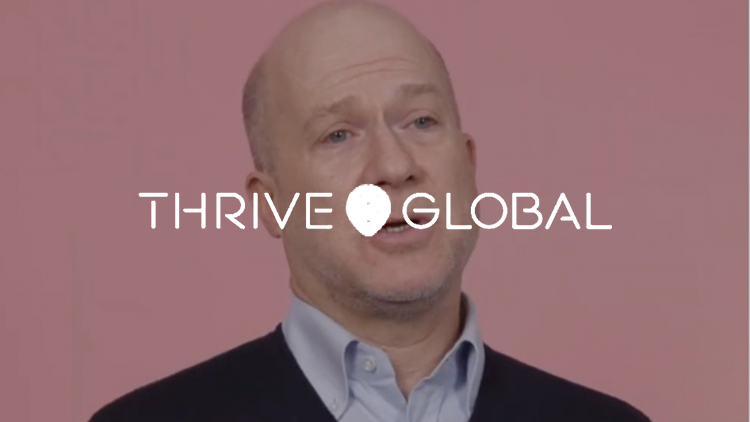 Why Civic Engagement Is Vital to Being a Good Ally

I am old enough to remember when we were “Gay”; now we are “LGBTQ.” Our combined identities are not just stripes on our flag so everyone feels represented; our initialism is our chain linking us together— we rise and fall, survive and thrive, only if we all do. Those who want to do us harm aren’t parsing out our letters to simply pick off just one of us. They strike first at the most vulnerable and continue down the line.

You are leaving home and entering a riptide of hate, and we taught you as a child never to swim directly into a riptide, always swim with it, parallel to where you want to be. Not so with this fierce current. Here you have to join the battle to fight just as I did. The only way to safe shore is forward. It is our collective responsibility to fight every injustice and to defeat every bad bill everywhere. This demands all our participation. Being gay is, still, acting up and fighting back.

Being a good gay citizen requires voting. As important as allies are, they aren’t LGBTQ-centric voters as you must be at every election for every office, from the Board of Education officials up to the president of the United States. Do not let anyone dismiss your activism as identity politics. That charge usually comes from straight people treating us like a distraction.

Identity politics doesn’t narrow your focus; it widens your expectations of candidates and forces them to directly address our community and our issues. It claims your rightful attention.

Identity politics doesn’t silo you. The power of identity politics is to find what other identities you identify with. Look for the winning coalition that will bring liberty and justice for all. If we are to restore and expand our rights, then we also have to recognize that we are not unique in being under attack. Women, people of color, immigrants, the poor, also have the same stake as we do in who the next president will be. To be sure, we have common oppressors and mutual goals. We all need to ensure our individual communities are being heard, while also listening and standing up for one another. Then eventually we must coalesce around the winning vision that includes all of us.

The 2020 Democratic presidential primary is thrilling due to the diversity of its candidates, including the extraordinary Pete Buttigieg, the mayor of South Bend, Indiana, and a gay man. There is no way to be cavalier about a gay man being a top-tier contender for the presidency. It is remarkable. And when someone tries to use Mayor Pete as proof there is no more homophobia, just point out where racism stands after we had our first black president for eight years.

Beware too the Republican allies who tell you they are fiscally conservative but socially liberal. They are telling you that our community will always come second to them. Their wallet, their tax rate, dwarfs our right to exist. An alleged LGBTQ ally who votes for a Republican presidential candidate knowing full well that contender will appoint conservative judges, especially to the Supreme Court, is not allied with us.

Who is elected at every level has consequences. An elected county clerk in Kentucky defied a federal court order to issue marriage licenses to same-sex couples because of her own personal religious beliefs.

Vote as if your life depends on it, because it does. Vote as if someone else’s life depends on it too, because it does. Ask which candidate will aggressively and progressively improve the lives of LGBTQ people. Think about all the Supreme Court cases that have had profound and real effect on our lives—Bowers v. Hardwick rendered us noncitizens, and seventeen years later Lawrence v. Texas overturned Bowers, finding that lesbians and gay men have the same fundamental right to private sexual intimacy with another adult as heterosexuals do, and the marriage cases: United States v. Windsor in 2013 and Obergefell v. Hodges in 2015.

Being a good gay citizen means being informed. I remember when the only place I was able to get my gay news was from The Native. Now articles about us appear in mainstream media with some regularity, but not everything that matters to us makes it in, so stay informed, and by LGBTQ journalists and LGBTQ news outlets. I’ve bought you subscriptions to The Advocate and Out magazine. Read websites like New- NowNext, the HuffPost’s Queer Voices, them., and Queerty; blogs like Towleroad and JoeMyGod. Follow LGBTQ journalists and thinkers on Twitter, like Zach Stafford, Jennifer Finney Boylan, Tim Teeman, Scott Bixby, Saeed Jones, Chase Strangio, Zack Ford, Sarah Schulman, David Artavia, Andrew Sullivan, Jonathan Capehart, Rachel Maddow, Tre’vell Anderson, Phillip Picardi, and Janet Mock. Look for the regional LGBTQ periodicals and websites wherever you live.

LGBTQ people span every race, religion, and culture. We are women, people of color, people with disabilities, immigrants, refugees. Don’t get caught in the senseless competition between marginalized groups as to who is more oppressed. The Oppression Olympics serve one group and one purpose—the oppressors, and to divide and conquer.

Remember what your Gay-Straight Alliance adviser pointed out when he told you that your committed student group wasn’t just for the kids inside the room, but was especially for the kids not yet ready or able to walk in the door. He said they were comforted just knowing your group existed. Keep going to Pride for the people who can’t. For those LGBTQ people not yet out, oppressed, who live in fear for their lives or livelihoods, who live in countries that would condemn and kill them—go to Pride for them. Show them by our vast numbers that what awaits them is a sea of acceptance and love.

I was blessed to have Harvey be the gentle (and sometimes not so gentle) guide for my gay life. AIDS robbed us of a lifetime of mentors, a devastating tragedy for our younger generations that missed out on their wisdom, knowledge, experiences, and fabulousness. That is one void we all can fill. The Point Foundation provides mentorship and scholarship funding for LGBTQ students of merit. You aren’t too young to start helping someone else. Don’t wait till you are in the middle of your life or at the end of it to start to help. There is no such thing as giving back, no such thing as paying it forward. Part of living, part of the doing, is helping other people. It’s not a debt; it’s the purpose. You can’t consider yourself successful if you aren’t helping someone else to get where you are. And you are never too young to start.

It has been the work of my adult life to understand deeply that the best part of me is reviled, my proudest aspect assaulted. I’ve had to ward off and fight back violence, disease, hate, and condemnation. I’ve worked to amplify my own being, not just for the right to exist, to be left alone, but to thrive and to shine. The pursuit of happiness isn’t just a declaration; it’s a dare to live. It’s not just about law; it’s about my potential. It’s not only about access; it’s about ascending. To live as fully gay as possible is how I am most alive.

Every gay person is a wonder. It takes enormous effort to go from cocoon to butterfly and to stay aloft daily, to defy your parents’ expectations, your religious teachers, to get through childhood knowing you are different, and to stand up and say this is me when everything around you tells you to be something else, to withstand the daily reminders that make you feel isolated.

The reason the straight world tries to diminish us, to demean our differences, is not because we are defective or worthless. Quite the contrary: it is because they know how powerful being gay makes us.

We don’t learn about ourselves in history class, don’t learn sex-ed; we are bullied and bruised by classmates.

We sit in Sunday schools that tell us we’re sinful. We are minorities within our own families, disappointments to our parents and to our ancestral status quo. We are subjected to the shifting wins and whims of a biased American electorate and a jaundiced judiciary.

Each of us is keenly aware that our perception of ourselves stands in stark contrast to the field of vision of our country. Most of this abuse takes place while we are children. What is in our hearts, what is most special about us, we are told is wrong and to suppress it. How remarkable it is that, among all these terrors, we still come out. We still rise and say this is me. Our power to resist, persist, act up, fight back, is in fact the spirit of an extraordinary species of people.

I have invested my time in unlocking what gay had in store for me. I believed since I was a child that for some reason I was chosen, and discovering what that meant, unraveling its glory, understanding its mystery, and respecting its power is why I get to say I am your father. I didn’t hide, ignore, or scrub off my gayness at any part of my life. The theme of my life has been to fulfill all the parts of my gay self and to imbue the world with more gay.

You don’t have to be gay like me, but you do need to be sufficiently gay your own way. I didn’t do everything right—and I have the scars to show for it. But you have been chosen too, and it’s not an accident; it’s your power. What is different now isn’t all better, and what’s worse is just as scary, so our lives will look very different and painfully similar.

Keep focused your two visions—in one, the struggle and complications; and in the other, all your worthy, glorious gayness. At four years old you were prescribed glasses—a health remnant of your prematurity. I chose glasses for you that you hated, and Daddy Jordan took you to find ones that you liked and would actually wear. You settled on a particular brand, and when the salesclerk showed you the sample with all the color options, you said you wanted that exact pair. You chose rainbow glasses and have ever since worn the same multicolor, vibrant frames. You have literally looked out of rainbow glasses your whole life. Your glasses have always helped you to see the world better.

This article was originally published on ThriveGlobal.com