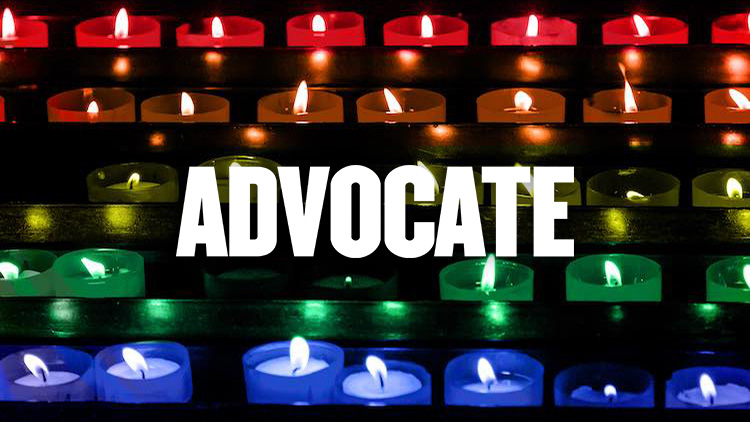 There is so much to finally celebrate. I am full of new-administration glee. Images of President Biden swiftly ending the four-year brutal war on the LGBTQ+ community by executive order dance in my head, Vice President Kamala Harris standing amongst the glittering shards of glass ceiling swearing in the new Democratic senators from Georgia, Pete Buttigieg thanking his magnificent husband, Chasten Buttigieg, at his confirmation hearing to be Secretary of Transportation — all stunning salves after four years of savagery.

But as the admonition drilled into me as a young boy goes, “never forget.” I shall never forget the January 6 insurrection at the U.S. Capitol, the rise of the Confederacy, the eruption of the long-festering civil war, the coup orchestrated by now-former President Donald Trump and his gang of lawless lawmakers.

It was terrifying to watch, especially for those of us who are other. We’ve known from the start what “Make America Great Again” really meant. Take their country back being their common dangerous refrain — their intention to, by any means necessary, turn the clock back to a time that didn’t include any of us.

As a gay man, I’ve always been very suspect of America. I’ve repeatedly felt its cruel tools of persecution and masochistic means of marginalization. But watching the storming of our sacred space for democracy, the other part of me was shaken too. Seeing MAGA insurrectionists at the capitol on January 6 sporting the now-infamous sweatshirt despicably emblazoned with Camp Auschwitz, my Jewishness stirred.

Anti-Semitism is as Jewish an experience as lighting the Hanukkah menorah or observing Shabbat. In so many ways being Jewish is similar to being LGBTQ+ in that we as a people are always at the ready for the next attempted oppression, the next assault. My ability to live proudly as a gay man was shaped by growing up Jewish. I was trained early not to diminish myself, to rejoice in the blessing of being Jewish while always having to be on alert. With this resolve, I pivoted to use those same tools of pride for my gayness.

The Jewish and LGBTQ+ communities have so much in common. Both are rich with history populated with monumental people who helped shape our world, each has its own brand of unique humor, and, yes, each suffers from stifling stereotypes and tropes. Each has also experienced a horrific rise in hate incidents since 2016 and is unsafe in this country.

The important thing about “never forget” is that it is not passive; in fact, it means count me in. It means not leaving the struggle to others to fight while I stay on the sidelines. It means asserting our identities not just for pride but as a form of protest. It means not thinking our suffering has primacy and uniting with all the other marginalized communities against our common oppressors. As much as the new president and vice president are breaths of fresh air, both the LGBTQ+ and Jewish communities know the forces that seek to harm us haven’t gone away.

I have a painful but necessary morning ritual. One that honors both of my communities and serves as a potent reminder to never forget the pain and suffering of which I was born and belong. I check Instagram for posts from @theaidsmemorial, each post a photograph and a brief description of a soul we lost to AIDS, to government neglect and indifference. Then I check Twitter for posts from @AuschwitzMuseum. Its daily posts are pictures and biographical details of people murdered in the extermination camp. I urge you to go look at these images to understand why the people in the capitol that day are so dangerous and what their macabre memorabilia portends.

Hate has hollowed out our communities in the past, but never again.