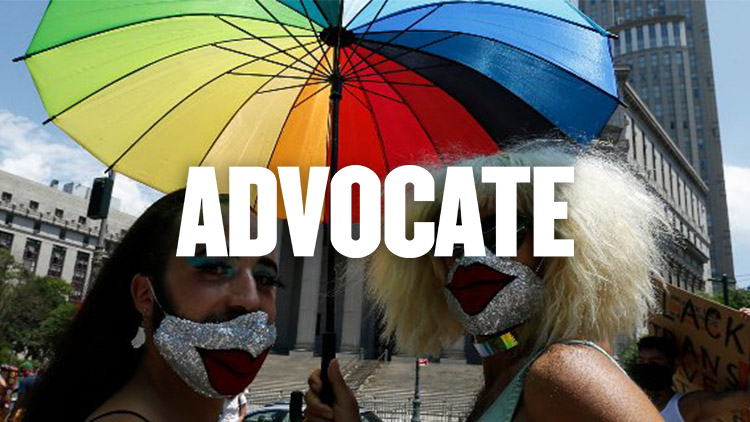 Queer Liberation Is Far From Over

You can’t social distance from injustice. You can’t shelter in place during oppression. As the Black Lives Matter and Black Trans Lives Matter protests collided with Pride, we saw and showed that being queer and being activists are intrinsically linked because we are everyone. We are every ethnicity, culture, religion. We live in every state, city, and county. We are people with disabilities, immigrants, refugees, Dreamers. We sit in the jail cells and the pews. We are on line for the theater and the soup kitchens.

And just as we took to the streets, a gale of fresh air blew through the pandemic and protests, the instantaneous landmark Supreme Court of the United States ruling declaring, “An employer who fires an individual merely for being gay or transgender defies the law.”

Andrew Sullivan heralded it in New York magazine, writing, “Every single goal the gay-rights movement set out to achieve in my lifetime has now been won.” What an extraordinary moment that will be when it does come. But this isn’t that moment.

If every goal has been achieved, that would mean we’d live with transgender people being banned from serving in the military, we’d accept that federally funded foster or adoption agencies can bar us from being parents, we’d totally understand that it’s unthinkable to teach our history in school, and we wouldn’t imagine demanding that our LGBTQ+ youth get inclusive sex education so they can take care of themselves and their partners.

We’d give the go-ahead to criminalize doctors for providing lifesaving and life-affirming medical care for transgender youth and support banning transgender youth from athletic programs. Yes, we know we got marriage, and while state legislatures are picking it apart, we’d take whatever nuptial carcass they leave us with and say thanks for the meal. We’d sheepishly leave businesses that deny us service, and we’d try to sleep comfortably knowing we don’t have protection from housing discrimination.

Jonathan Rauch and Peter Wehner thought the ruling was so disturbing and disruptive that they are urging us to stand down. In their dangerous New York Times op-ed, “We Can Find Common Ground on Gay Rights and Religious Liberty,” using language cloaked in dulcet tones to camouflage traps of religious bigotry, they urge us to be more compliant. Accept having fewer rights than everyone else, they recommend, to appease religious organizations.

Sullivan, Rauch, and Wehner want us to make our queerness smaller, to be only as queer as our adversaries are comfortable with. Religions that demonize us try to beat us back with the weapon they call religious freedom.

Not only is now not the time to relent, it is the time to widen our understanding of what LGBTQ+ issues are and know that they are all far from “won.” LGBTQ+ issues include health care, gun control, immigration reform, expanding voter access, education reform, stopping police brutality, bail reform, income inequality, climate change. All these issues affect us, and many adversely affect us to a larger degree than the general public.

And packing up and going home would be ignoring that this latest SCOTUS ruling will reignite the straight-lash that is surely and imminently coming for us again; just like it did when the White House was lit up in rainbow in 2015 after SCOTUS’s marriage equality ruling when our adversaries saw a house they thought belonged only to them finally putting out its welcome mat to us.

If we listen to Sullivan, Rauch, and Wehner, we’ll be ignoring that the Southern Poverty Law Center reports that there are 45 anti-LGBTQ+ organizations spread over 21 states. In what universe do we believe they will shut down if we say we’ve gotten enough, we promise not to continue to press for all of our rights.

Keep in mind our court victories aren’t out of the largesse of an authority figure in a black robe. Years of activism and work went into moving the gavels our way. The justices aren’t our heroes; the lawyers and activists are. Being compliant would not have gotten us this far.

While I hope the latest SCOTUS case is a bulwark, it will only be one if we keep the pressure on. This is the moment to hit the gas on our protests: to activate, litigate, and especially, vote.

We will win. We will expand access to all our rights for everyone in our community. And we’ll do it by expanding our queerness.