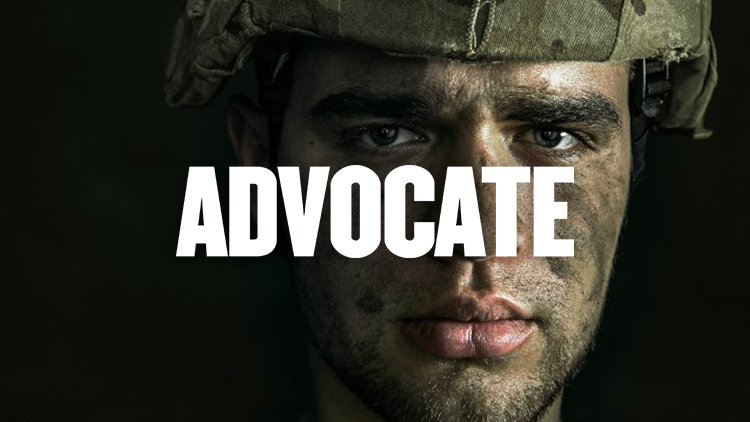 How Do We Tackle PTSD In The LGBTQ+ Community?

Those of us who lived through the 1980s and the AIDS epidemic are similarly marked. I am accustomed to it when first meeting another middle-aged gay man and our conversation takes an inevitable turn: “Where were you?” “What did you see?” “How many did you lose?”

Gerard Ilaria is a mental health professional. He is clinical director and co-founder of Headstrong at Weill Cornell Medical Center in New York City, a treatment program providing free mental health to veterans with PTSD. Our mutual friend Matthew Riemer, co-author with Leighton Brown of the dynamic and must-have LGBTQ history book We Are Everywhere, introduced us.

“You guys have a lot to connect on,” Matthew said. I moved to the city in ’83, the year Gerard graduated from Columbia University. He ran support groups for people with AIDS at the Gay Men’s Health Crisis. He cared for a lover till he died. I told him I had 20 friends die of AIDS before I was 30 and confided that, even now, 54 years old and married, I never have sex without the fleeting thought of death racing through my brain.

“The doom I felt back then is my shadow and it continues to follow me wherever I go,” I shared.

“That’s PTSD. It doesn’t have to be that way,” he replied gently.

He ticked off the symptoms of PTSD: hyper vigilance, overly alert to danger, poor sleep, nightmares, intrusive daytime negative memories, avoidance of certain people or places that are triggers of past trauma, feeling emotionally cut off from people, irritation or anger outbursts, going from 0 to 100 in a flash, not having a sense of the future, reliving the past. In turn, to self soothe someone may isolate, pull away from people, numb oneself with alcohol, drugs or compulsive sex.

Gerard explained to me that PTSD is mismanaged memory and when you heal it, the world begins to look different and you right size the threat.

PTSD is fixable. Revisit the trauma, not relive it, he assured me. Gerard was not aware that as he and I talked on the phone, tears streamed down my face. I tried to catch my breath, I could feel the weight of the boulder that has firmly placed itself on my heart all these years pressing on me asserting its dominance. I realized how much PTSD was having free reign over me.

Gerard said that the LGBTQ+ population experiences trauma on a number of levels — community wide trauma, familial trauma and individual trauma including from childhood.

As we talked, I thought of my fourth grade gym teacher who called me a faggot. I remembered, not only all the deaths from AIDS, but the real and emotional armor we had to don every day to combat it. I thought of the Pulse Nightclub Massacre, the epidemic of transgender people being murdered, the barbaric, state sanctioned torture method of conversion therapy. I started to think about how much time and energy we all spend on staying safe; the daily exhausting vigilance it takes to be LGBTQ+ and the constant fighting for our rights, the toll all this must be taking on all of us.

Gerard noted that, like the veteran community, a large number of the LGBTQ+ community’s mental health needs go untreated.  Now, he is on a mission. Gerard wants to replicate the success Headstrong has had with the veteran community and use the same EMDR (Eye Movement Desensitization and Reprocessing) modality to treat PTSD in our community, with the intention to to galvanize Headstrong’s national network of 245 trauma therapists in 26 cities and grow it to impact our largely untreated population.

Alarming statistics fuel Gerard’s urgency. Nearly 40 percent of LGBTQ+ adults had a mental illness in the past year, 30 to 40 percent of gay men reportedly have a substance abuse problem.

According to The Trevor Project’s 2020 National Survey on LGBTQ Youth Mental Health, 40 percent of respondents seriously considered attempting suicide in the past 12 months, including more than half of transgender and nonbinary youth. Plus 48 percent of LGBTQ+ youth reported engaging in self-harm in the past 12 months, including over 60 percent of transgender and nonbinary youth.

Eighty-six percent of LGBTQ+ youth said that recent politics have negatively impacted their well-being. And to underscore the need for Gerard’s mission to succeed, 46 percent of LGBTQ+ youth report they wanted psychological or emotional counseling from a mental health professional but were unable to receive it in the past 12 months.

It pains me that the community I love and love being a part continues to be traumatized, but I feel more secure knowing that Gerard and his team of therapists, spread across the country like a safety net, will be there to help heal us.

As for me, I intend to learn how to walk in the world without my dread and to lift off that heavy boulder so my heart can dance unencumbered. Join me.